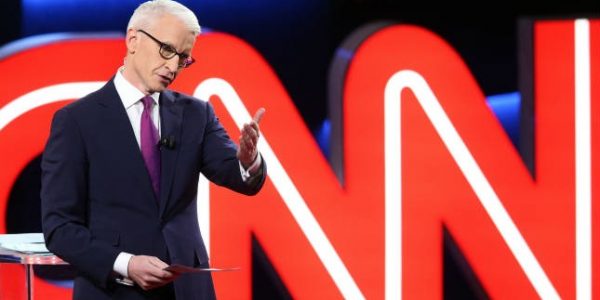 CNN’s Anderson Cooper and Fox News’s Megyn Kelly are the top choices to moderate the presidential debates, according to a new poll.

Cooper was the top selection in the #Morning Consult poll released Monday, with 34 percent. Kelly was second, at 25 percent.

In a survey conducted by The Hill earlier this month, NBC’s Lester Holt was the top choice of many media insiders to serve as moderator. He did not receive any votes in the Morning Consult poll.

Just 7 percent selected Chuck Todd of NBC’s “Meet the Press,” while John Dickerson of CBS’s “Face the Nation” and George Stephanopoulos of ABC’s “This Week” garnered 5 and 4 percent, respectively.

The first presidential debate is set for Sept. 26 at Hofstra University on Long Island, N.Y.

The left have spoken, and #Anderson Cooper and #Megyn Kelly are the winners.

Morning Consult is the official polling partner of Vox.com, Fortune Magazine, Bloomberg News, in addition to working with numerous other outlets.

As you can see, the source is tainted. Once Vox is in play, so is a bias to the left.
The American people need to be aware the fix is in. #Trump has addressed it many times.
This will be our last opportunity to stop the leftist agenda from taking over. Because once they do, keeping all constitutional #patriots under their thumb will be their primary focus.