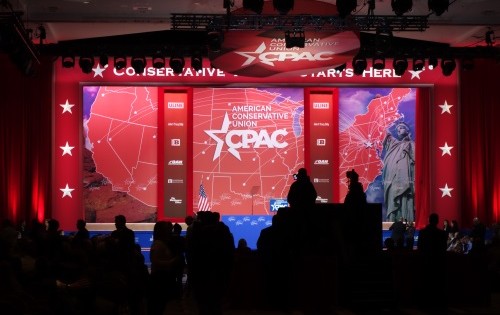 It’s been an exciting few days at CPAC this week at the Gaylord National Resort and Convention in National Harbor, Maryland. We’ve seen many great speeches, panels, breakouts and more spreading the good word of conservative minded people who are anxiously awaiting the next presidential election.

As you can imagine, just about every media outlet in the U.S. has someone here reporting on the event and all competing for your attention on their websites, blogs, TV and radio stations. Fortunately, with the help of Buzzsumo, we are able to organize all the content coming out of CPAC 2015 into the top 10 most shared articles this week. (As of 3:00 PM on Saturday, February 28th)

We hope you enjoy this round-up and feel free to leave a comment below!

This story was posted on www.rawstory.com and written by Scott Kaufman and refers to the debacle created when the hashtag CPAC set up to curate audience questions for each speaker was overrun with liberals. OOPS!

This story was posted on insider.foxnews.com and refers to comments Carly Fiorina made during her CPAC speech regarding Hillary Clinton’s lack of results and other improprieties.

This story and video appears on viral.buzz and was written by Clark Holmes. See comments Ben Carson made during his speech regarding the inept handling of ISIS by the current administration and his ideas for fixing the problem.

This story can be found on thinkprogress.org and was written by Igor Volsky and highlights some of the errors made by Senator Mark Rubio’s analysis the Obama administrations strategy for confronting ISIS.

This post can be found on www.ijreview.com and was written by Larry O’Connor. This story covers the incident at CPAC 2015 when a heckler made a scene during Governor Scott Walker’s speech and how well Governor Walker handled the situation.

This story, by Shushannah Walshe, can be found on abcnews.go.com and covers the highlights of Senator Rand Paul’s speech on Friday.

Another story that can be found on Viral Buzz, this story, written by Bill Chandler refers to Sarah Palin’s speech in which she spoke at length on the plight of American veterans.

This story on dailysignal.com and written by Ken McIntyre is another reference to Ben Carson’s speech but highlights his points regarding welfare programs his opinion of the best way to handle them.

Another story about Governor Scott Walker’s handling of an obnoxious heckler at CPAC 2015, written by Zach Noble and posted on theBlaze.com.

This story on WashingtonTimes.com and written by Seth McLaughlin refers to an event that I heard about at CPAC 2015 but I didn’t actually see it happen.

CPAC 2015 was a great event and we are looking forward to seeing who will top the Republican ticket for the 2016 election. Stay tuned for more coverage on all things conservative here on LessGovMoreFun.com.