They knew if they didn’t take action, the British warships would journey straight up the Chesapeake Bay and capture Washington D.C.

And that would be the end of the United States of America.

They had to do something quickly. There were no other choices. So each got in their boat and navigated near the center of the bay, forming a line from one side to the other. One by one they began to sink their boats. It was the only way to stop the British from getting through. They determined the wooden debris and other material would clog the passageway, impeding any advancement. They were right.

Shattering a boat was an enormous commitment. For many, this was their livelihood and meant they would need an alternative way to earn money to feed their family, purchase goods and do what was needed to stay alive.

These twenty-two patriots were American heroes. They placed country before self and due to their actions, the British warships were unable to reach Washington D.C. during the war of 1812.

What actions have you taken to make your country a safer, more secure place? Have you suited up to fight the enemy or are you on the sidelines taking it in and talking about it? Taking action is what discerns a doer from a talker and God knows, we’ve had plenty of talkers operating in our government for the past 6 years. 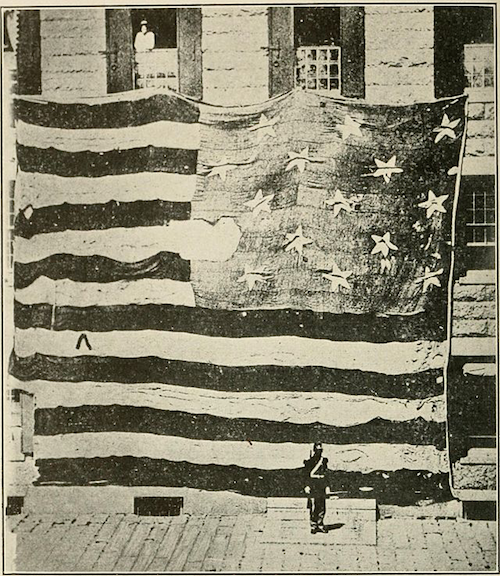 The American Flag post war of 1812, as it flew at Fort McHenry

My neighbor asked me how he can get involved and we talked about options:

• Create a sign and join a local group rallying at overpasses

• Attend an upcoming liberty, constitution, tea party, conservative meeting. You will be surprised what you find doing a google search

• Find at least one other like-minded American. Two heads beat one.