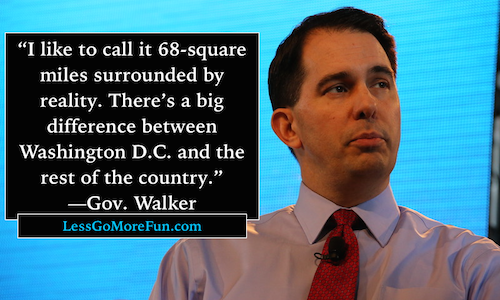 Scott Walker hit the national scene on Saturday, January 24, when he took the stage at the Iowa Freedom Summit along with 20 other potential 2016 presidential candidates. It was that very Saturday when he took the conservative mantle off the shelf and claimed ownership. And he didn’t do it on behalf of himself. He did it on behalf of America and the next generation of Americans. Sitting in the first row provided me with a key line of sight. I went in unsure of what Walker stood for. I left informed, and convinced, he is a top tier candidate.

Gov. Walker was well known in the state of Wisconsin. He’d won elections 3 times in the past 4 years. Two on regularly scheduled elections and one on a recall vote. He did this in a blue state and he did it as a conservative. 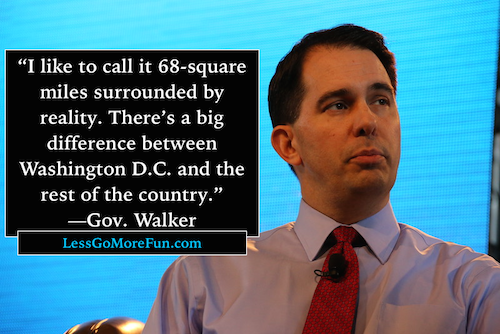 Number 10:  “I like to call it 68-square miles surrounded by reality. There’s a big difference between Washington DC and the rest of the country.” 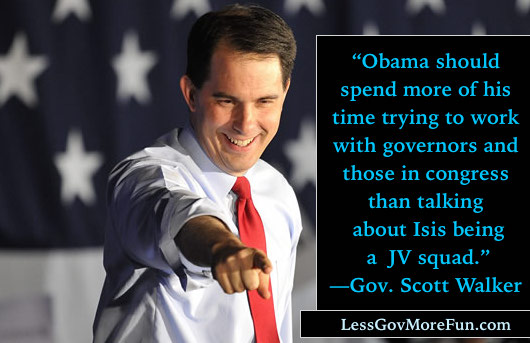 Number 9: “Obama should spend more of his time trying to work with governors and those in congress than taking about ISIS being a JV squad.” 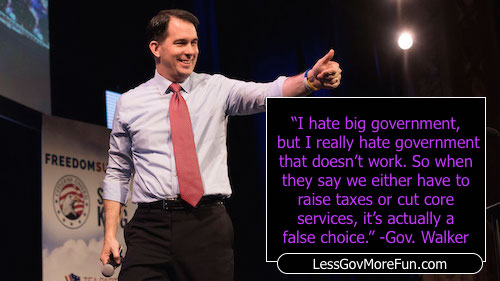 Number 8:  “I hate big government, but I really hate government that doesn’t work. So when they say we either have to raise taxes or cut core services, it’s actually a false choice.” 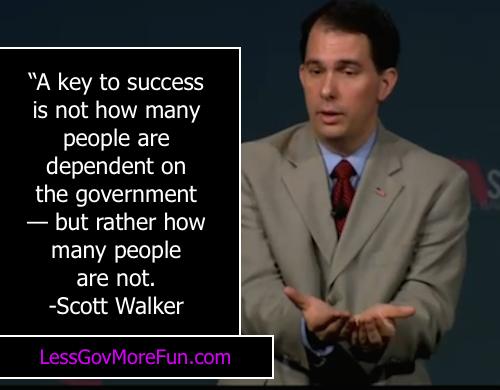 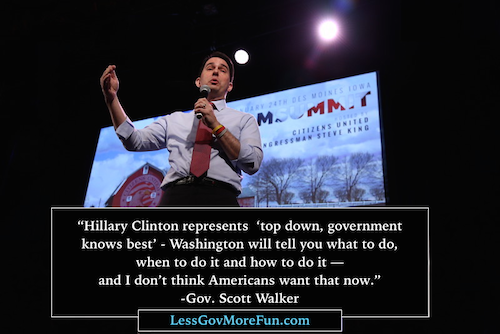 Number 6:  “Hillary Clinton represents ‘top down, government knows best’ –Washington will tell you what to do, when to do it and how to do it — and I don’t think Americans want that now.” 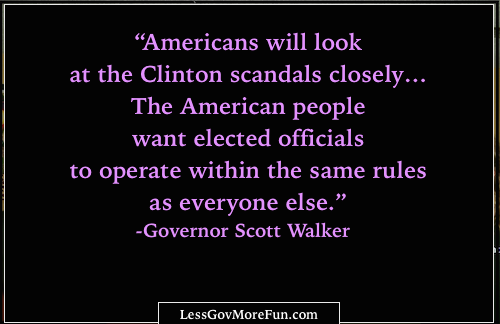 Number 5:  “Americans will look at the Clinton scandals closely…The American people want elected officials to operate within the same rules as everyone else.” 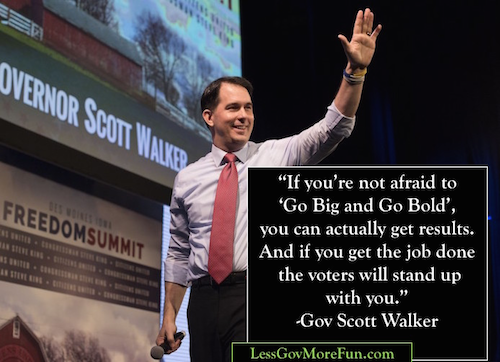 Number 4: “If you’re not afraid to ‘Go Big and Go Bold’ you can actually get results. And if you get the job done the voters will stand up with you.”

Number 3: “We need someone who can fight and win to move this country forward with common sense conservative reforms. That’s hat we need to move America forward.” 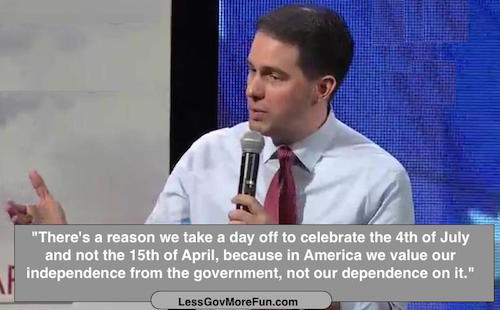 Number 2: “There’s a reason we take a day off to celebrate the 4th of July and not the 15th of April, ,because in America we value our independence from the government, not our dependence on it.” 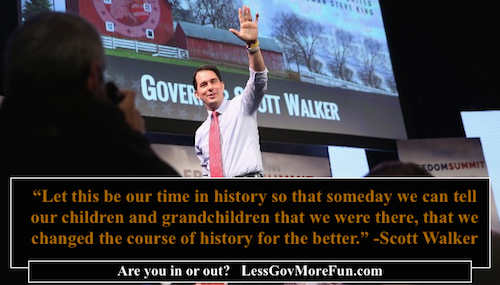 Number 1: “Let this be our time in history so that someday we can tell our children and grandchildren that we were there, that we changed the course of history for the better.”

Do you have a favorite remark? Or two? Leave a comment and share your opinion. This country needs engagement more than ever.

Click here to see the entire presentation from Gov. Scott Walker at the 2015 Iowa Freedom Summit