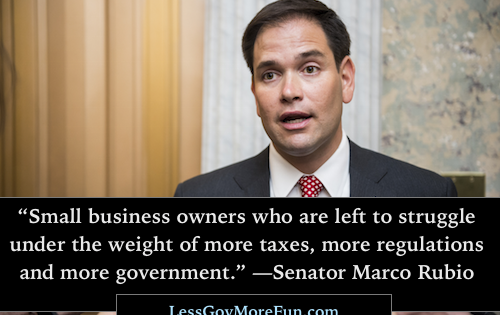 Marco Rubio Announces His Candidacy for 2016

The crowd was extremely excited and those online posted positive comments during and post his announcement. Of course, there were many trolls from the left, those who are so frightened by the potential of the right to nominate a 2016 candidate who will ultimately bring home the victory.

I captured the top 5 quotes from Senator Rubio during his announcement and here they are:

Number 1: “Small business owners who are left to struggle under the weight of more taxes, more regulations and more government.” 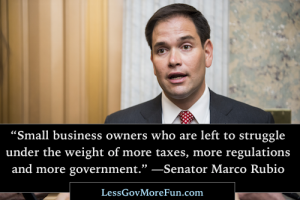 Number 2: “Why is this happening? It’s because while are people and our economy are pushing the boundaries of the 21st century — too many of our leaders and their ideas are stuck in the 20th century”

Number 3: “Now the time has come for our generation to lead the way towards a new American century.” 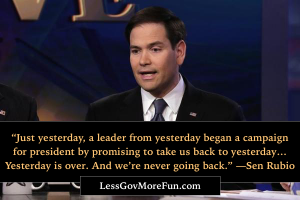 Number 4: “Just yesterday, a leader from yesterday began a campaign for president by promising to take us back to yesterday… Yesterday is over. And we’re never going back.” 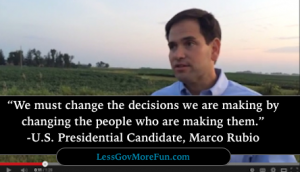 Number 5: “We must change the decisions we are making by changing the people who are making them.”

Marco Rubio did an extraordinary job delivering his speech with charisma, character, honesty and promise.

He is a candidate who has experience as a US Senator and particularly so in foreign policy. Rubio was elected in 2010 and was part of the initial ‘Tea Party’ wave. Although he is not currently connected to the Tea Party, he does possess several common characteristics: smaller government, less government waste, more personal freedom, open markets, to name a few.

While Senator Rubio doesn’t have the experience as a governor, he does as a state congressmen, having served as the speaker of the house in the Florida legislature. Ironically he served during the Florida governorship of Jeb Bush.

LGMF Media remains unattached to a single candidate for 2016. There are multiple strong candidates and it is wise to remain open to hearing what is said, how its said, how distraction and deception is handled — and most importantly what they do.

Which of Senator Rubio’s quotes resonated with you? Leave a comment and you will be automatically entered into our weekly prize drawing — a ‘Less Government. More Fun.’ gift package, including shirt, bracelets, insulated coolers, bumper stickers and more. This exclusive gift pack is not available anywhere else. Best of luck!