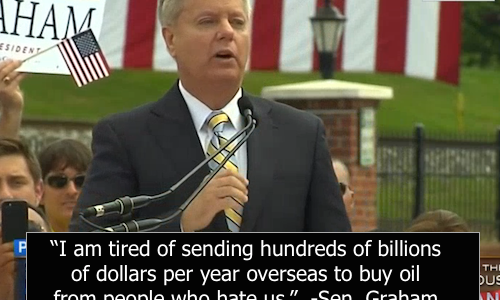 Sen. Lindsay Graham declared his candidacy for President of the United States. He is the ninth republican to announce. Sen. Graham was in his home state, South Carolina, across the street from the bar/pool hall/restaurant that also served as his home growing up.

Sen. Graham brings a unique set of views to the 2016 field and will make the team of those running even more diverse. In the end, will he win the nomination? The odds aren’t with him — but it’s never over until its over.

Here are Sen. Graham’s 3 top highlights from his announcement today: 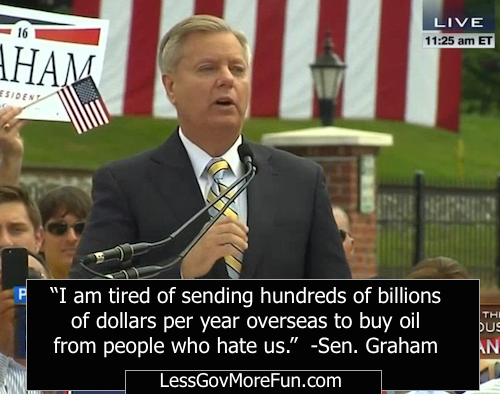 “I am tired of sending hundreds of billions of dollars per year overseas to buy oil from people who hate us.” 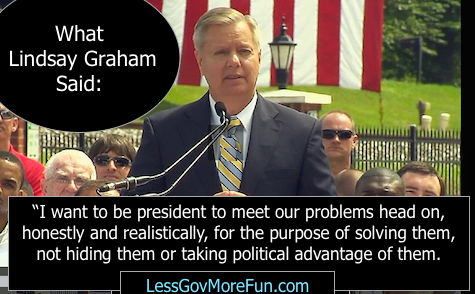 “I want to be president to meet our problems head on, honestly and realistically, for the purpose of solving them, not hiding them or taking political advantage of them.” 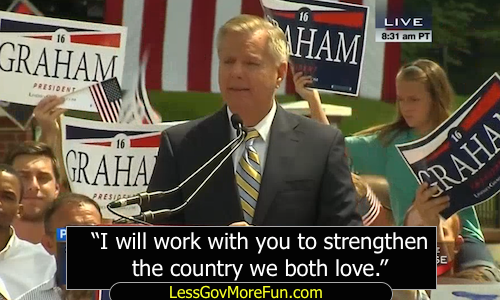 “I will work with you to strengthen the country we both love.”

Sen. Graham has a solid and thorough understanding of foreign affairs. In addition, he is a military hawk and believes its necessary to do ‘whatever it takes’ to stop terror across the world. This includes putting boots on the ground. Graham just retired from military service, serving 33 years for this country.

Graham will run into opposition from many conservatives for his views on comprehensive immigration reform, including a pathway to citizenship for illegal immigrants. The overall direction supported by the republican party is to earn amnesty by following the rules and not to give amnesty to those who have entered the US illegally.

Unfortunately for Sen. Graham, he has been down on the tea party portion of the republican party and in the end, this is a deal breaker. The tea party groups are committed to smaller government and fiscal responsibility and they take offense to those who mischaracterize their efforts. Sen. Graham has been one such elected official.

Time will show us how this plays out.

What do you think? Does Graham have much of a chance? Leave a comment and be an engaged American. It’s exactly what this country needs now — more than ever.

On the campaign trail, Buddy Belk with LGMF Media

Did you miss the Graham announcement? See it here.