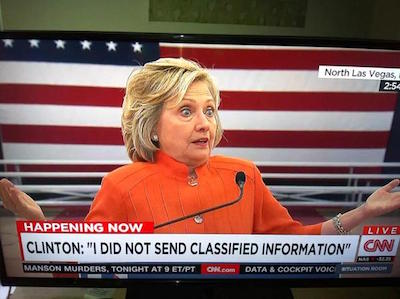 Hillary Clinton remaining emails will be available today for the American people to review.

The remaining Clinton emails will be released from the State Department so the people can see for themselves whether or not Hillary Clinton had even more classified emails on her server. We have already learned at least 1,800 of the over 30,000 emails did in fact contain classified emails.

It’s taken years and millions of tax payer dollars to recover emails which Hillary Clinton never intended for we the people to review.

After this day we will have the total number of classified emails which violated the law, and may have been hijacked by hackers from other country’s looking to harm the United States of America. 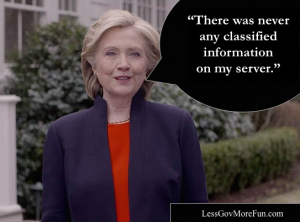 Clinton: “There was never any classified information on my server”

With the releases now nearing an end, Republicans have seized on the fact that more than 1,800 emails from her machine were eventually classified.

What weve learned in this discovery is that Hillary Clinton trafficked in sensitive information over her unclassified and, by the way, private email system, Rep. Darrell Issa (R-Calif.), the former head of the House Oversight Committee, told The Hillon Friday.

Clintons presidential campaign and the State Department have both disputed that the emails were classified at the time they were sent. Much of the information in them was classified retroactively, they say.

But the drips and drabs of information from various emails have carried the whiff of wrongdoing for Clinton.

The number keeps rising, said Issa, who has accused Clinton of using her private email setup to deliberately bypass federal recordkeeping and transparency laws. At one it could be an accident, at two, at 10 somewhere between half a dozen and 1,750, it became a policy that she was knowingly doing.

On Friday, Toner declined to say whether the State Department would refuse to release any more emails that it was labeling top secret.

Were still reviewing them, he said.