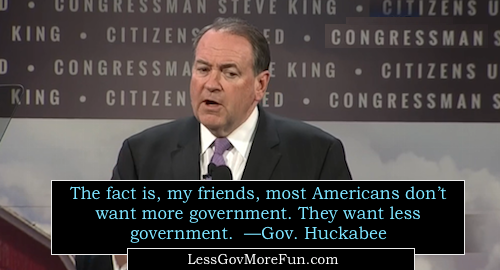 Governor Mike Huckabee is ready to run! The announcement was made minutes ago in Hope, Arkansas, his home town.

Here are the 7 all-time best Huckabee quotes you need to know — whether you support him or not. 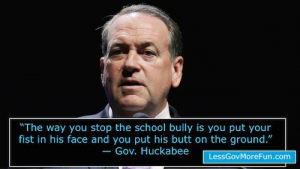 Number 7:  “The way to stop the school bully is you put your fist in his face and you put his butt on the ground.” 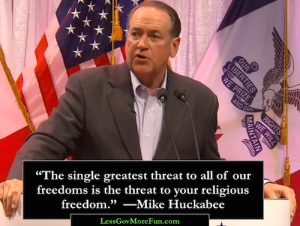 Number 6:  “The single greatest threat to all of our freedoms is the threat to our religious freedom.” 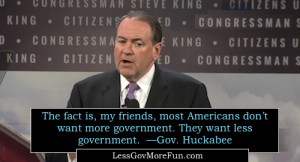 Number 5:  “The fact is my friends, most americans don’t want more government. They want less government.” 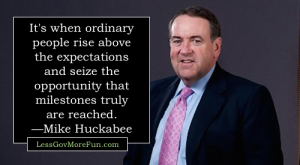 Number 4:  “Its when ordinary people rise above the expectations and seize the opportunity that milestones truly are reached.” 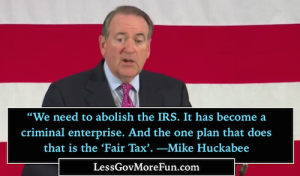 Number 3:  “We need to abolish the IRS. It has become a criminal enterprise. And the one plan that does that is the ‘Fair Tax’.”

Number 2:  “More than income inequality, we have intelligence inequality.” 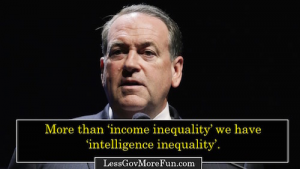 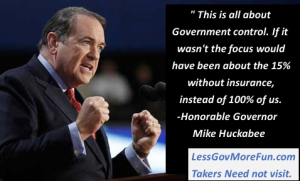 Number 1:  “This is all about government control. If it wasn’t, the focus would have been about the 15% without insurance, instead of the 100% of us.”

No matter who the eventual candidate is, these 7 quotes are important to know. You may not agree with all of them, particularly the ‘flat tax’ option versus today’s IRS. (Fair tax an other options are being discussed as well)

Take a look for yourself and do leave a brief comment on which 1 or 2 are your favorite quotes.  Or, if you don’t agree with any of them. Either way, your point of view is encouraged and is a valuable part of the important dialogue our great country needs to get back on track and away from the socialist, big government intrusive mess we’re in now.