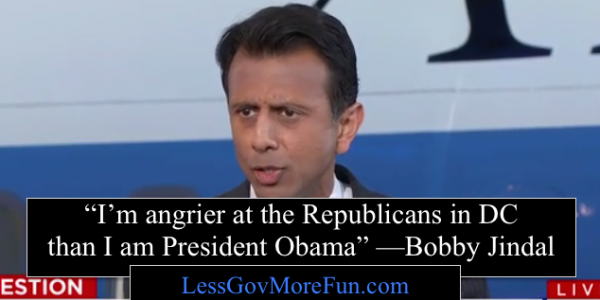 The initial happy hour debate has concluded and fireworks were flying.

George Pataki, Rick Santorum, Bobby Jindal and Lindsay Graham took the stage about 90 minutes ago and were all engaged.

The initial read is that Lindsay Graham, Bobby Jindal and Rick Santorum garnered the most time. George Pataki, not so much.

Graham touted Defense and the number 1 issue. Santorum touched on abortion multi-times. Jindal hit the republicans in DC hard, saying he’s angrier at the republicans in DC than he is at president Obama. Pataki said his record as governor proves he can get things done — he reduced the size of government and was elected three times in a liberal state.

In the end, they each had strong points but in my opinion, Jindal hammering home the failed republican efforts in Washington, take top honors. Anyone paying attention to how inept the republicans are — in both the house an the senate — know exactly what Jindal is talking about. They’ve allowed president Obama to run wild with his executive orders and his unconstitutional overreach. And what have the republicans done? Nothing. At least nothing to stop Obama and make sure the constitution is followed.

And that’s not all. The republican senate won’t play with the same deck of cards which Harry Reid dealt during his tenure as majority leader…and that is the Nuclear option. Senator McConnell needs to pull his head out and get with the program. He is the epitome of a republican in name only.

Here are the top comments from the CNN happy hour debate: 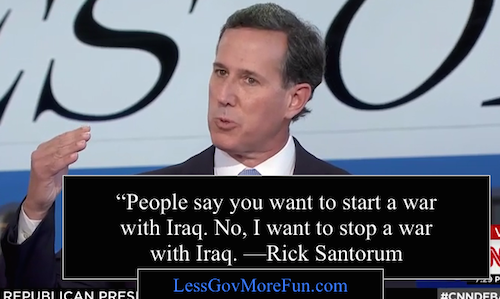 Who do you think won the happy hour debate? Share your thoughts and engage with America. Without your engagement we are doomed.