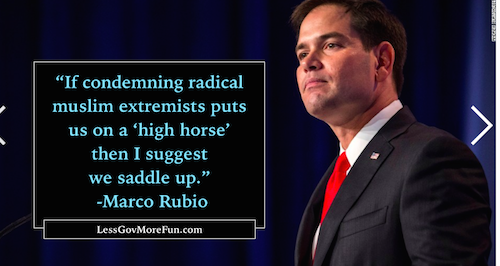 The NRA just completed their 2015 national conference, held this year in Nashville, Tennessee. Thousands of energized Americans attended to view the exhibitions, engage with fellow patriots and hear speeches from leading contenders for the 2016 presidential election.

Here is the rundown of the 11  best quotes from the 2015 convention.

Number 11: “The gun nuts are not the people who own guns, the gun nuts are the people who are afraid of firearms and think that the whole country would be safer if we take them away from law abiding people and create a gun-free zone where we are all sitting ducks.” -Governor Mike Huckabee 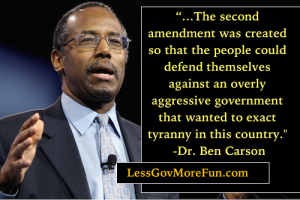 Number 10: “…The second amendment was created so that the people could defend themselves against an overly aggressive government that wanted to exact tyranny in this country.” -Dr. Ben Carson

Number 9: “Next time you vote for president make sure they have at least run a lemonade stand, are proud of their country in terms of being exceptional — and knows somebody who owns a gun.’  -Senator Lindsay Graham

Number 8: “The 2nd Amendment is still safe. And that’s good because the 2nd Amendment is the original Homeland Security Act….the bill of rights is a package deal, you honor it, you protect all of it, because our liberty is reduced each time you don’t”  -Governor Jeb Bush 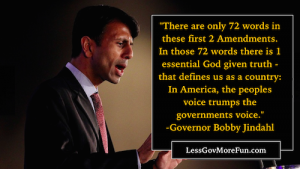 Number 7: “There are only 72 words in these first 2 Amendments. In those 72 words there is 1 essential God given truth – that defines us as a country: In America, the peoples voice trumps the governments voice.” -Governor Bobby Jindahl

Number 6: “There is nothing else I’d rather hold in my hand when fighting government tyranny than a bible in my left hand (that I used to swear to uphold  the constitution) and in my right hand, a Winchester rifle, a symbol of freedom  and liberty and the United States of America.” – Sheriff Clarke

Number 5: “If condemning radical Muslim extremest puts on a ‘high horse’ then I suggest we saddle up!” -Sen Marco Rubio

Number 4: “NRA -the men and women here, are men and women of action. You are leaders who stand and fight for your constitutional right. This next election in 2016 is going to come down to a leader who is going to tell us the truth and will do what he says he will do.” -Senator Ted Cruz 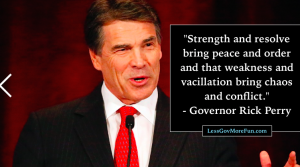 Number 3: “Strength and resolve bring peace and order and that weakness and vacillation bring chaos and conflict.”  -Governor Rick Perry

Number 2: “We should measure by how many people are no longer  dependent on government.” -Governor Scott Walker 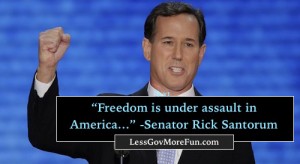